Picabia in my opinion started to divert to the othter side very soon, but some of his works at the beginning are still influenced by theosophy.

Take Picabia as half influenced before turning to the dark side. Nobody’s perfect ! 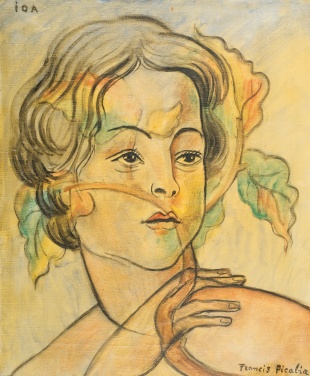 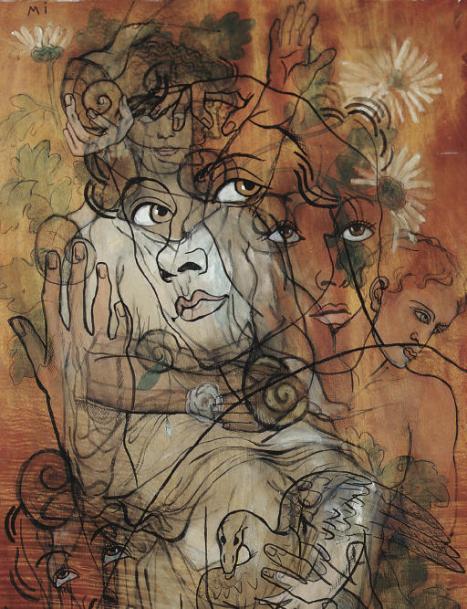 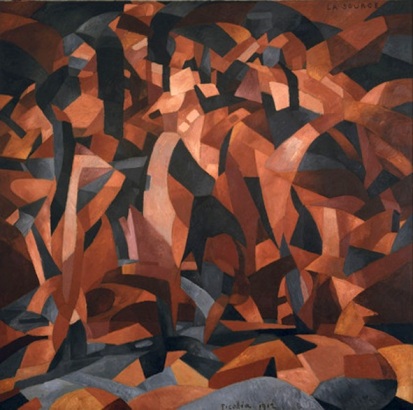 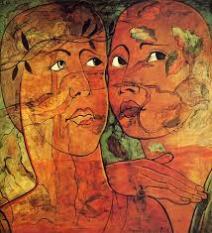 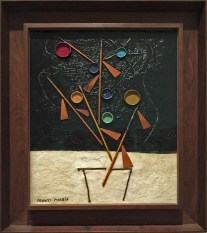 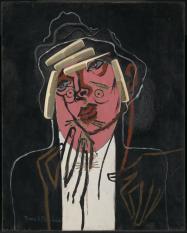 In terms of modern art practice, the most influential of the spiritual movements was the Theosophical Society, which was particularly important to a number of artists, including Kandinsky, Mondrian, Frantiiek Kupka and, post Second World War, Joseph Beurs. The Society was founded at the end of the nineteenth century and became an organised religion under Aladame Helena Petrovna Blavatsky (1831-91). Broadly speaking, theosophists believed in the visibility of spiritual states, in white magic and in a sixth sense, which they referred to as ‘superconsciousness’. For the modern artist the idea of a state of consciousness additional to the mundane was seductive. Superconsciousness, in theosophical theories, is a state of intense perceptivity (brought on by clairvoyancy or hipnotism) in which the subject, in a state of trance. has his or her perception height-ened and is able to ‘see’ things not readily visible. The resulting ethereal vision, typically ‘seeing’ the world from a great distance or things so close up that they look like worlds within worlds, was to be harnessed by a number of twentieth-century artists. What is significant about spiritual movements such as theosophy (and the sway that they held over many modern artists) is that they were usually at odds with broader scientific trends in modern thinking. For example, mystics tended to renounce the sub-jectobject division that distinguished between the thinker and the thought. They saw the philosophical fiction of the mind-body dualism as a damaging one which prevents the mind from recognising its essential ‘oneness’ with the world. Theosophists rejuvenated an age-old belief in the visibility of spiritual states. lbetisophy is a doctrine of togetherness rather than of unitary selflhood ; the ‘higher self’, or atman, is collective rather than personal. and this sits uncomfortably with the ideas of individuality we outlined above (although ironically not with the `fiction of the self’). Moreover, in these spiritual and occultist beliefs a retreat into the ‘higher self’, through the superconsciousness or whatever, was positively encouraged. The ‘external world’ was often compared unfavourably to the ‘inner world’, where feelings, impressions and spiritual knowledge were sovereign. Frantikk Kupka has some claim, along with Kandinsky and Francis Picabia, to having ‘invented’ abstract painting. Kupka was a theosophist and spiritualist (in the sense of being a medium for seances). In line with broad theosophical thinking, he rejected the idea that three-dimensional ‘reality’ was the only visual experience, and based his abstract paint-ings on ‘inner visions’ – sometimes brought on by clairvoyant trances. On the surface his early work such as I)icks INntron (1912) (see Plate VIII) blends several concerns (halls …